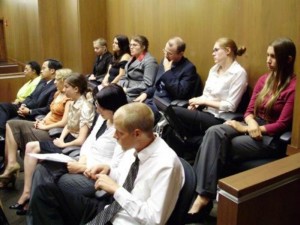 According to The New York Times, a study of the Caddo Parish, Louisiana, court system has revealed prosecutors often exclude Blacks from jury trials so they can tip the scales of justice in their favor. The article, written by Adam Liptak, also said prosecutors preferred to have all-white juries because Black jurors reduced their conviction rate.

“No defendants were acquitted when two or fewer of the dozen jurors were black. When there were at least three black jurors, the acquittal rate was 12 percent,” Liptak said. “With five or more, the rate rose to 19 percent. Defendants in all three groups were overwhelmingly black.”